Al Batt: I’ve drawn a line in this so-called…

Al Batt: Finding fine times during all of the bad times in life

Tales from Exit 22 by Al Batt

We are experiencing high call volume.

That’s what the telephonic voice said. I was wearing a weather-beaten rain poncho as I punched the speaker button on my phone.

The voice said, “We are experiencing high call volume. All our customer service representatives are currently assisting other callers. Your expected wait time is three days. If you would like to receive a callback, please press 1 and the next available representative will return your call in early November. Maybe.”

They’d get back to me sooner or later. The company was all right with it being later. That’s why I held and listened to a repeated script. I tried to convince the recorded voice that the Cleveland Indians should have changed their name to the Grovers instead of the Guardians. That one-sided discussion was nearly enough to bring a grown man to tears. I’m more prone to tears than either my parents or siblings.

I’d never seen Mother cry until the doctor told her she was losing her eyesight.

I spent a few months in the hospital when I was a child. Mother moved to a room near the hospital in Rochester to be with me while the rest of the family stayed home to deal with the farm. Family members told me that Mother read to me each day. I was in no condition to remember it, so I don’t. I asked them what she read and they told me anything and everything. My beginnings included being read to.

Hospitals are wonderful places. A hospital is a sword and a shield, but it doesn’t make you feel at home. They are great places to leave.

In what seemed a blink of an eye, our positions were flipped. Mother was hospitalized and then moved to what she called an old folks’ home, having lost all but her peripheral vision a few years after my father had died.

I stopped each day to visit her. “How are you doing?” I said each time, essential small talk attached to a gigantic hope. She never answered with any word other than, “Fine.”

I signed Mother up for the National Library Service, a free braille and talking book library service for people with low vision and blindness. This wonderful service provided a voice reading books and magazines.

Because she pretended to use it more than she did, I started reading newspapers, magazines and books to her each day. I became her version of Audible. It was a crucial deal for me. I did sound effects just as my father had when he read newspaper comics to me back in the time before time.

Each day, I stopped at a bakery to pick up a cake doughnut as finger food for Mother to eat as I read newspapers, magazines and books to her. With each word I spoke, I divided all the world’s treasures between us. We gasped, sighed and smiled at the same things. Reading to my mother was a small thing, it was a big thing, it was everything. Precious moments without the figurines.

Books helped me get through the pandemic. Books are my apricity (the warmth of the sun in winter) and move outside myself. I read more than I can remember. I reread some: “To Kill a Mockingbird,” “Moby Dick,” four of Willa Cather’s books, several of Annie Dillard’s, two by Wendell Berry, “Undaunted Courage” by Stephen Ambrose and a couple of Michael and Jeff Shaara’s Civil War novels. It was visiting with old friends. I read natural science books, enjoying “Owls of the Eastern Ice” and “Braiding Sweetgrass” the most. I sampled fiction by Charles Portis, William Kent Krueger, James Lee Burke and John Straley.

And I read this newspaper.

I wish I could read it aloud while Mother ate a cake doughnut.

Al Batt’s columns appear every Wednesday in the Tribune. 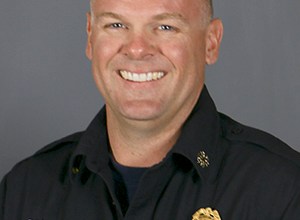