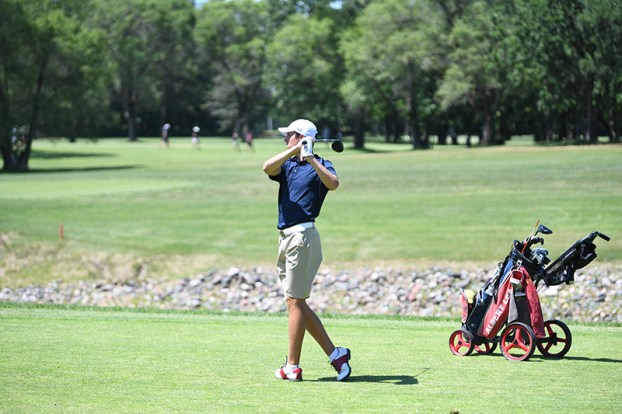 MINNEAPOLIS — Wednesday marked the start of the second round of the Class AAA state golf tournament at Bunker Hill Golf Club in Minneapolis.

Albert Lea sophomore Drew Teeter started the day in a tie for 59th place after carding a first-round score of 80 (+8). By the end of the day Teeter moved up slightly in the standings, finishing 55th with a score of 158 (+14).

Teeter started the day with a bogey on hole No. 1 after a wayward drive to the left forced him to change his approach. He had about a 15-foot putt to save par, but narrowly missed.

The second hole went smoother for the sophomore, hitting the center of the fairway on his drive followed by an approach shot that gave him another 15-footer, but this time for birdie. Teeter again narrowly missed the long put, but tapped in for par.

Hole No. 3, the first par three of the day, saw Teeter hit his tee shot to within 10 feet of the hole, where he then drilled the putt to get back to an even score for the day. 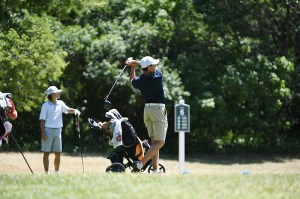 Teeter shot a second round score of 78 to bring his two day total to 158, landing him in 55th place for the tournament. Tyler Julson/Albert Lea Tribune

Onto the first par five of the day, Teeter hit the middle of the fairway with his drive. His second shot landed just a few yards off the green, narrowly missing a sand trap. However, Teeter’s short game proved useful after a chip landed very close to the pin, allowing him to tap in for his second birdie in a row.

Teeter then made his way to hole No. 5, the only hole in which he carded a double bogey in the first round. The second round was no better for Teeter. His drive found the water hazard to the right, from which he hit into the greenside bunker after taking a penalty stroke. He then bladed a shot out of the bunker going over the green entirely. After a tough time on the green, Teeter added a triple bogey to the scorecard.

Moving onto hole No. 6 at +2 on the round, Teeter didn’t let himself get out of contention by blasting his first two shots of the hole, finding himself on the green with a chance at eagle. Although the eagle putt missed, he was able to tap in for birdie.

He continued his par three success on hole No. 7 with a par after putting his tee shot within 15 feet of the hole.

A three putt on hole No. 8 gave Teeter another bogey, but he bounced back nicely with a birdie to round out his front nine. He headed to the second half of his round just one stroke above par.

The winner of the tournament was Northfield junior Nate Stevens who finished with a score of 134 (-10).