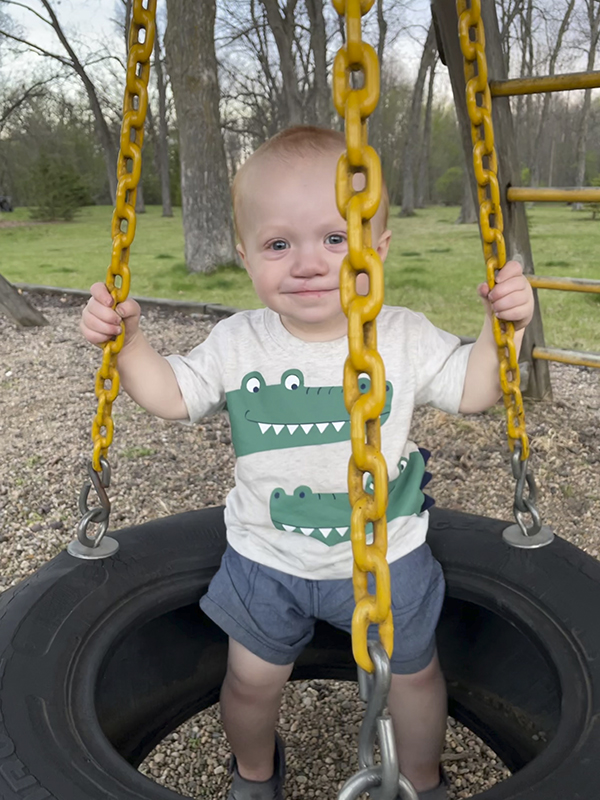 When Jacy Jaeger was pregnant with her now 1-year-old son, Kael, she and her husband found out their new baby had a cleft lip and palate.

Dr. Michael Ulrich, medical doctor with Mayo Clinic Health System in Albert Lea, said cleft lip and palate is much more than a cosmetic concern as it can make it difficult to suck and get food.

So when he was 3 months old, baby Kael had lip surgery completed, where a device is installed to close the gap in his palate, his mother said. At 10 months, he went through surgery again, that time for palate repair.

About a week and a half after the surgery, Jaeger said she noticed her son was not healing properly, so she took photos and sent them in to the surgeon.

The surgeon opted to have Kael go through hyperbaric oxygen therapy, in which a person has 90-minute treatments of up to three times the normal air pressure while in a chamber receiving 100% oxygen. Because of Kael’s size, doctor’s recommended his mother be in the treatment with him in a monoplane chamber.

“When his surgeon recommended it, I didn’t really think twice about it,” she said. “If it could help him in the long run I was wiling to do whatever.”

Ulrich, who is the physician overseeing the hyperbaric chamber, said the high pressure and pure oxygen can help tissue heal. In addition to being used for wounds that don’t heal, hyperbaric therapy is also used for women with breast cancer who have radiation injuries and for people with acute hearing loss. 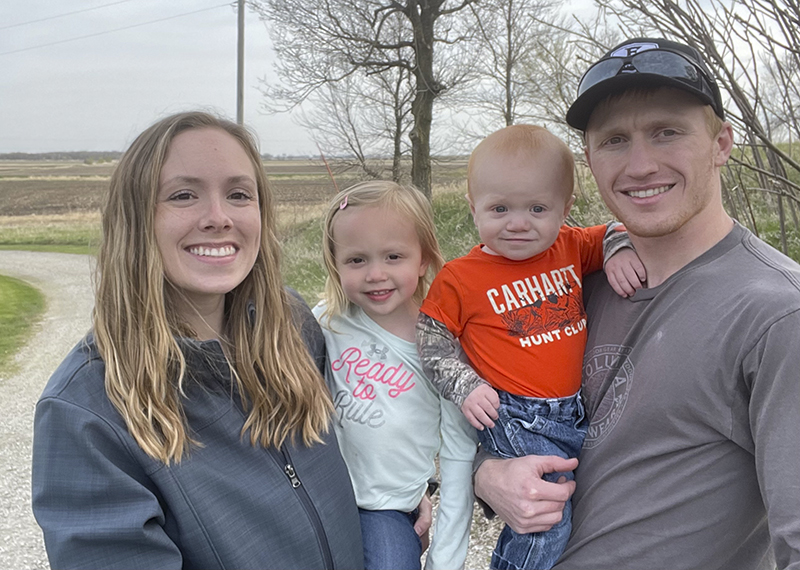 Kael Jaeger with his parents and sister. Provided

Both mother and son had to see a doctor beforehand to make sure they were cleared for the treatment, and then every day of the treatment they also went through general health checks.

She said they started the hyperbaric treatments Feb. 17 and had treatments for 10 days — the first was in Rochester before they were transferred for the remaining treatments to Mayo Clinic Health System in Albert Lea.

Jaeger said most of the time she said she would lie down and Kael would sit up and play. Sometimes he would nap. The chamber is also equipped to show movies to patients.

Because of safety concerns, no toys or electronics are allowed in the chamber during treatments — Ulrich said if there is a spark while someone is inside, it could be disastrous. The only thing the baby was allowed to have inside was a plastic cup.

Lisa Hunter, the hyperbaric safety coordinator, said she has treated a little boy with the same indication in Rochester before with hyperbaric oxygen therapy, but she thinks this is the first child as young as Kael to be treated in Albert Lea.

“It was a really neat thing,” Ulrich said. “Mom even commented, ‘It’s a special time for bonding.’ It was really amazing.”

He said the healing that came through the therapy brought a good outcome for Kael, saving him from having to repeat the surgery.

Jaeger said though her son may have to have another surgery five years down the road, for the next few years he shouldn’t need any more.

“I for sure thought it was worth it,” she said.