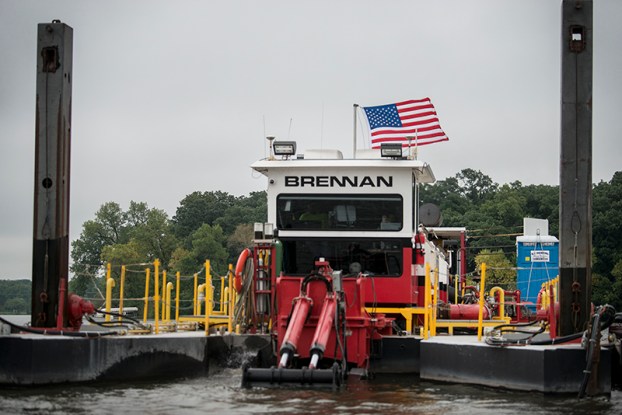 District 27A Rep. Peggy Bennett and Shell Rock River Watershed District Administrator Andy Henschel testified in support of the $7.5 million project during a virtual hearing in front of the committee in March, sharing details about the project, the funding, the phases completed to-date and why it is important to secure funding for the project this year.

“We are disappointed that the House didn’t include funding for the Fountain Lake Restoration Project in their bonding bill,” said Watershed District Administrator Andy Henschel in a news release. “This year’s bonding bill is smaller than normal and is focused on asset preservation rather than local projects. However, I want to emphasize that this is the beginning of the process and we are a long way from the finish line.”

Active dredging at Fountain Lake began in 2018. Phase one and two were funded by an initial $7.5 million in bonding appropriation and $9.5 million in local option sales tax funds.

The final phase of the project includes the east basin of the main bay, Bancroft Channel and parts of Bancroft Bay.

Officials expect the cost of the final chunk of dredging to increase if the J.F. Brennan Co. dredge is removed from Fountain Lake.

Bennett said though she, too, was disappointed to not see the project included in the House bill, she noted this is still the beginning of the bonding process.

“I’m still positive,” she said, though she noted she recognizes it will be harder this year because it’s not a typical bonding year. “I’m still hoping we can get it through.”

She said she has also discussed the option of partial funding this year with the remainder coming next year to allow the dredge not to have to be removed from the water.

Henschel said he appreciates the support Bennett and District 27 Sen. Gene Dornink have shown to the project and said their continued support will be key to getting the project included in the final bill negotiations.

The House Capital Investment Committee will be hearing and working on their bonding bill the week of April 12-16, the release stated. Due to a different approach, the Senate has yet to release a bonding bill.

The project was also not a part of Gov. Tim Walz’s bonding bill, which was released in February.