Despite the challenges of COVID-19 in the last year, Albert Lea has seen progress on several economic development projects that will come to fruition this year, the executive director of the Albert Lea Economic Development Agency said on Wednesday. 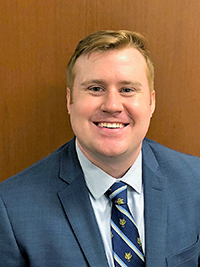 Phillip Johnson gave an update on the organization’s work during the 76th annual meeting of Greater Jobs Inc. — this year over Zoom because of the pandemic.

He spoke of the work done to bring in new businesses but also in helping the ones that are already here through various COVID-19 relief programs. The agency, Freeborn County and the city of Albert Lea gave out about $870,000 in relief to 130 businesses in the first round of funding, and a second round of business relief is currently underway. About $180,000 was given out to 18 nonprofits.

Johnson said work was finalized on four major projects in 2020, including for the new MercyOne clinic at Northbridge Mall, a new apartment complex with over 48 units on the Blazing Star Landing, a separate apartment complex in the former Marketplace Foods building with at least 50 units and the new Vortex Cold Storage plant, which will be built in the ALEDA Industrial Park near 14th Street and Margaretha Avenue. The cold storage plant will provide 170,000 square feet of temperature-controlled safe quality food certified storage and bring in 26 jobs.

“I think it will be a great thing to see,” he said of the four major projects.

Johnson emphasized how long it often takes for projects to come to fruition from when they are first brought to the community as an idea to when they are announced and then construction begins. He went through a timeline month by month of projects the agency has worked on in the last year.

He also talked of a $25 million investment by Cargill into its Albert Lea location, the new Freeborn-Mower Cooperative Services headquarters, the new Veterans Affairs clinic, the new Riverland Community College transportation and trades center and the new Rihm Kenworth building. New retail stores that have opened include The Funky Zebras and EJ’s Mercantile.

ALEDA is also working with a regenerative agriculture company that is interested in making a regional hub in the south industrial park.

“It has been more of a productive year than I ever thought it could have been,” he said.

Other things the agency has been involved with are a new child care forgivable loan program for new in-home child care providers, hosting an event for entrepreneurs and business owners in 2020 and 2021, and working with existing businesses on possible expansions or new buildings.

ALEDA Board President Sarah Nelson thanked Johnson and others who have been a part of moving the projects forward.