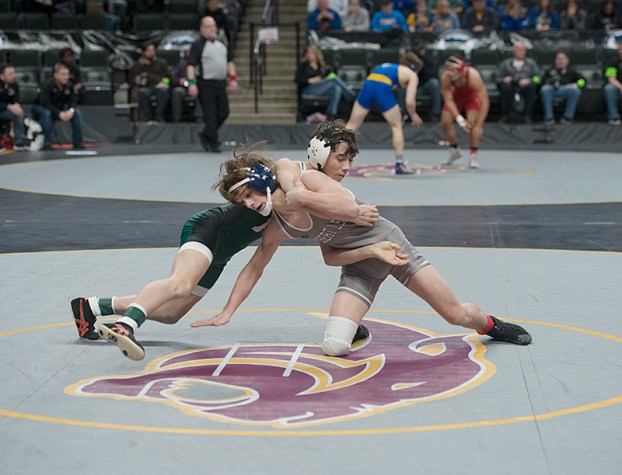 A total of eight area wrestlers representing three teams have been ranked in the top 10 of the state rankings. Four athletes from Albert Lea, three from United South Central and one from NRHEG made the rankings in their respective classes.

Albert Lea led the way with four wrestlers in the Class AAA top 10. Sophomore Aivin Wasmoen, the lone Albert Lea wrestler to make the state tournament in 2020, was the lightest Tiger to make the rankings. Wasmoen starts the season ranked No. 7 at 113 pounds. There are three other wrestlers ranked in the 113 pounds top 10 from Section 1, including Cael Robb of Owatonna, JT Hausen of Faribault and Ryan Sullivan of Farmington. Robb is the highest ranked of the four at No. 3, followed by Wasmoen at No. 7, Hausen at No. 8 and Sullivan at No. 10

Junior Cam Davis is ranked No. 10 at 138 pounds. Davis is one of three wrestlers ranked from Section 1 in the weight class. Marshall Peters of Rochester Mayo is ranked No. 6, followed by Sam Holman of Northfield at No. 9 and Davis at No. 10.

Senior Caleb Talamantes is ranked No. 8 at 160 pounds and is joined by two other wrestlers from Section 1. Rival Landon Johnson of Owatonna is ranked No. 2, and Chase Vought of Farmington is ranked No. 7

The Tigers begin their season Thursday on the road in a triangular against Winona and GMLOKS.

From United South Central, three wrestlers are in the top 10 of the Class A rankings.

Eighth grader Byron Getchell  is ranked No. 4 at 106 pounds and is joined by Medford eighth grader Tommy Elwood at No. 5, as the only two wrestlers from Section 2.

Senior Bryce Sonnek is the highest ranked of all the area wrestlers, starting at No. 2 of the 113 pound class. Sonnek is the only wrestler from Section 2  in the 113-pound rankings.

The Rebels begin their season Monday, hosting Medford and St. Clair in a triangular.

For NRHEG, 2020 state qualifier and junior Ralph Roesler was the lone Panther to crack the top 10. Roesler starts the season ranked No. 10 at 170 pounds. Roesler is joined by Max Erich of Blue Earth Area at No. 2 and Josiah Hedensten of Medford at No. 4, as the wrestlers from Section 2 ranked at 170 pounds.

The Panthers started their season Thursday afternoon, and Roesler was defeated in an overtime pinfall.