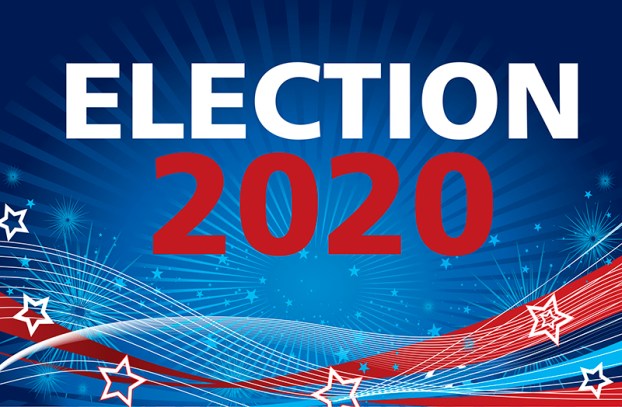 District 27A candidates on Tuesday shared opinions on everything from agriculture and the COVID-19 pandemic to priorities for the upcoming legislative session and whether to defund police departments in a forum on KATE Radio.

Republican District 27A Rep. Peggy Bennett of Albert Lea and DFLer Thomas Martinez of Hayward took turns answering questions during the forum, which was organized in conjunction with the Albert Lea-Freeborn County Chamber of Commerce.

The chamber has hosted a series of forums for candidates running for the Albert Lea City Council, Freeborn County Board of Commissioners, Albert Lea school board and state legislative races.

The following is how the District 27A candidates responded to the questions posed to them:

When asked how they would support the local agriculture industry, Martinez said many in the industry have been affected by low commodity prices, the effects of climate change and the COVID-19 pandemic. The pork industry, in particular, has had many losses as a result of the pandemic as farmers were not able to get their products from the farms to the processing plants.

He said the state needs to work with agriculture and federal insurance companies to make sure farmers are getting all the assistance they need.

He said he also supports increased renewable energy options, which could help farmers diversify their income.

Bennett said while meeting with various farmers while she has been in office, she has been amazed at what she has learned from them. She said she will continue to advocate for them as she has done in the past.

She referenced earlier in the pandemic when hog farmers contacted her and let her know about the challenges they were facing with having to euthanize their animals. She said she was able to contact state leaders and help get action moving for them to deal with that crisis.

She also supports lowering property taxes for farmers and said she was able to help do so with the school portion of property taxes.

The candidates were asked how they would get the state back on track with a projected $5 billion shortfall.

Bennett said her first goal would be to protect the core functions of government, including education, public safety and roads and bridges.

She referenced a bill she authored last session that would call for evidence-based government. Programs receiving government grants would be required to name their goals and collect data to show their effectiveness. If they are found to be effective, they could continue; otherwise they could revise their approach and find a way to be more effective.

Martinez he wanted to acknowledge that the COVID-19 pandemic is real and said the state needs to support public health experts, take their advice and wear masks to protect people.

He said there need to be practical, not ideological solutions.

Regarding the deficit, he said he was pleased Bennett supported the passage of the bonding bill, which is a step in getting people back to work.

He the state also needs to shore up revenue and close corporate tax loopholes.

When asked their positions on sanctuary cities and if Minnesota should become a sanctuary state, Martinez said he thinks the term “sanctuary city” has become demonized and has given people false images of people who have been hurt by immigrants, when in fact that is not an accurate picture.

He said he does not think local law enforcement should be hijacked by Immigrations and Customs Enforcement to do their work instead of protecting and serving local communities.

“Local law enforcement has no business supporting that,” he said.

He said he did not want to place a target on the state that could draw retribution from President Donald Trump if it became a sanctuary state and also does not believe there is public support to make Albert Lea a sanctuary city, either.

Bennett said she believes the country, state and community should be welcoming of immigrants but wanted to see it done in a common sense way. She said she supports legal immigration but does not support sanctuary states or cities.

“We are a country and a state of law and order,” she said, noting that when people come across the border illegally, it hurts everyone.

She said she wanted to see a “compassionate rule of law.”

Bennett said she did not support defunding police departments and said that public safety is one of the core functions of government from the state to the local level.

She said people want to be safe and they want their property to be safe, but they also want laws that are fair.

She said not to let “a few bad apples” ruin it for the whole profession, as there are these types of people in every profession, and that people should support law enforcement.

Martinez said he was not in favor of defunding police but said he wanted to defend police from the “bad apples” amongst themselves. He compared it to having a terrorist group within the army and said people would want to find that group and extricate it. He said the same thing needs to be done with white supremacists in law enforcement.

If he is elected to the seat, Martinez said his first goal would be to help as many people as possible get access to affordable health care. He would do this through promoting a MNsure buy-in option for anyone who chooses to purchase it.

He wants to help get the economy back on track by investing in the renewable energy grid, converting to more sustainable agriculture, protecting water sources and protecting the tourism economy for the area.

He also said he wants to provide quality representation to the diverse community.

If elected to another term in office, Bennett said she wants to get government working for the people. She said she wants to see some government reform and referenced a bill she had introduced in the last session that would focus on omnibus bill reform and instead move to a more one-bill-one-vote process instead of having large bills that have multiple issues wrapped into one.

She said she wants to make sure there is evidence-based spending and to focus on education reform to fix an education system that is “stuck” and not working for many.

She also wants to see smart spending while protection the state’s core functions of education, public safety and caring for the vulnerable.