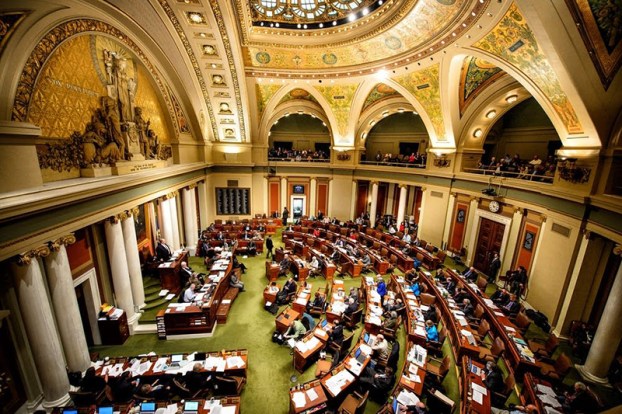 Rematches key to control of the Minnesota Legislature

The contest for control of the Minnesota Legislature is underway, and several of the campaigns for House and Senate seats feature candidates who have run against each other in previous elections.

Take, for example, the matchup in House District 5A in northern Minnesota, which is between two candidates who know each other well.

Back in 2016, Rep. John Percell, DFL-Bemidji, lost his reelection bid to Matt Bliss of Pennington. Percell ran again two years later and defeated Bliss, but not by much. He won by just 11 votes.

Now, Bliss is running again to try to unseat Percell and hoping for a better turnout this year among conservative voters.

“I’ve been telling everybody if you find somebody who doesn’t think their vote counts, you kick them in the butt and tell them my story and get them out to the polls,” Bliss said.

Bliss, like other Republicans, is pressing a law-and-order message in this year’s campaign. Percell said education, health care and the response to COVID-19 are the top issues.

Percell said he’s optimistic about winning reelection, but he concedes that the 50-50 nature of the district makes it hard to predict.

“The district has been fairly evenly divided over the decades, the past several decades, and represented by both Democrats and Republicans,” he said.

Another Republican is trying to win back a House seat he once held in the southeast suburbs. Keith Franke, of St. Paul Park, is challenging first-term incumbent DFL Rep. Anne Claflin of South St. Paul. Franke held the District 54A seat for one term before losing to Claflin two years ago by 376 votes.

Franke said it took some convincing to run again.

“We did take a while to think about it,” he said. “It was basically right up until the convention I had not made up my mind 100 percent. But the people were asking me to run again.”

With one term under her belt, Claflin is optimistic about winning voters’ approval again this year, but Claflin said COVID-19 has made it harder this time to make connections. Like other DFL candidates, she’s not doing conventional door knocking.

“It’s I think harder to tell how it’s going, because you aren’t out in the community as much,” she said.

Of the 134 House seats on the ballot this year, 21 are rematches from 2018. Some were close that year. Many were not.

The DFL candidate who ran against Republican Sen. Bill Weber in 2016 is on the ballot again this year as a Grassroots-Legalize Cannabis Party candidate.

In a Senate district north of Minneapolis, Sen. Warren Limmer, R-Maple Grove, defeated Bonnie Westlin in 2016 by 9,966 votes. Limmer, who is seeking a ninth term in the Senate, did not respond to an interview request for this story.

Westlin is trying again to beat him, saying she made the decision right after the last election.

Westlin believes that shifting demographics in the district, which helped a House candidate win there in 2018, will work in her favor this year.

“You know you have to run more than once to help build your name recognition, to help build a solid campaign and so on within the community,” Westlin said.