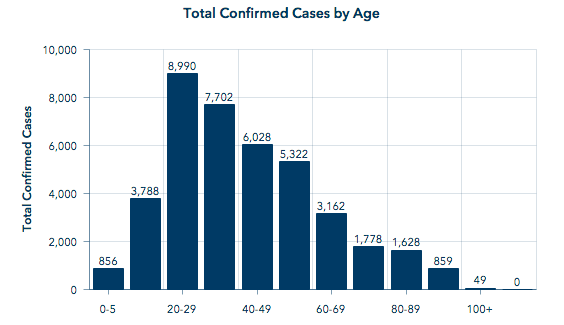 Total cases statewide show the highest number of cases in Minnesota are among people ages 20 to 29. Graphic from the Minnesota Department of Health

All area counties had increases in new lab-confirmed COVID-19 cases on Friday, according to the Minnesota Department of Health’s daily update.

The department said four people from Freeborn County remain hospitalized out of the 23 who have been hospitalized at some point in their illness. The county has not had any COVID-19 deaths.

Statewide, 609 new cases were reported, increasing the state’s cumulative positive cases to 40,767. Of that number, 35,442 no longer need to be in isolation. 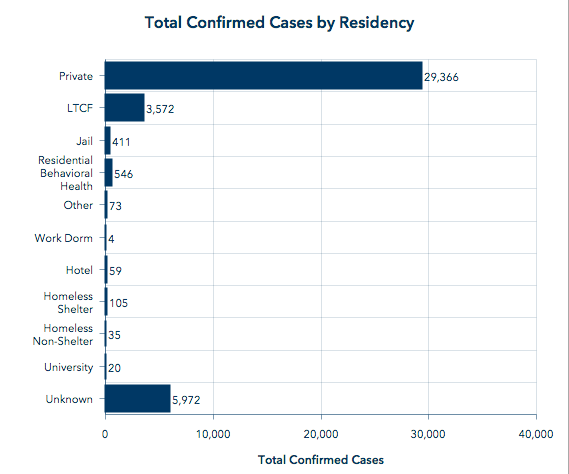 A majority of the COVID-19 cases in Minnesota have lived in private residences. Graphic courtesy Minnesota Department of Health

As of today, 227 people statewide remain hospitalized, including 124 in intensive care.