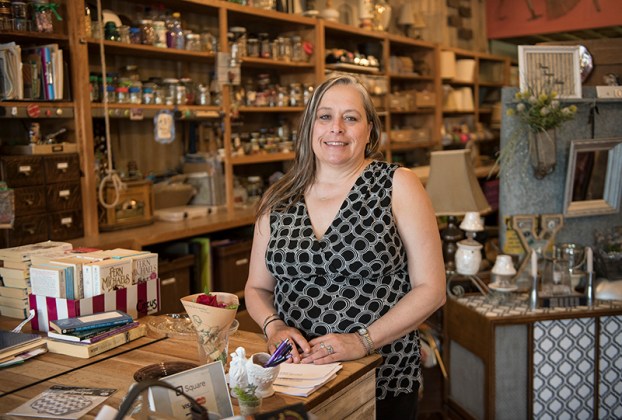 ALDEN — An area business owner has reopened her store after a move and an expansion.

Mary Chicos, owner of Someday Isle, opened her business as an occasional shop in April 2017. Last October, she bought the building diagonally across the street, at 163 N. Broadway in Alden. She started working on the new space almost immediately. She closed the former location in February so she didn’t have to manage two different locations. Thanks to the COVID-19 pandemic, Chicos said she got to spend the last four months focused solely on opening Someday Isle in its new location and getting the building ready. Now, though, she is ready to go.

The business — which sells vintage and antique items as well as different craft supplies, among other items — opened in its new location July 16. Its tentative hours will be 3 to 7 p.m. Wednesday, 10 a.m. to 6 p.m. Thursday, 10 a.m. to 5 p.m. Friday and 9 a.m. to 4 p.m. Saturday, or by appointment. Chicos said people should call or reach out to the store via its Facebook page if they’re planning to shop on Saturdays, as there may be some weekends she is not at the shop.

Chicos said she originally opened Someday Isle as a place where people could share ideas. It’s her happy place, she said.

“I’ve been a collector my whole life,” she continued. “I love being creative.”

Now that she is in her new location with more space, Chicos plans to offer classes once the current restrictions allow. 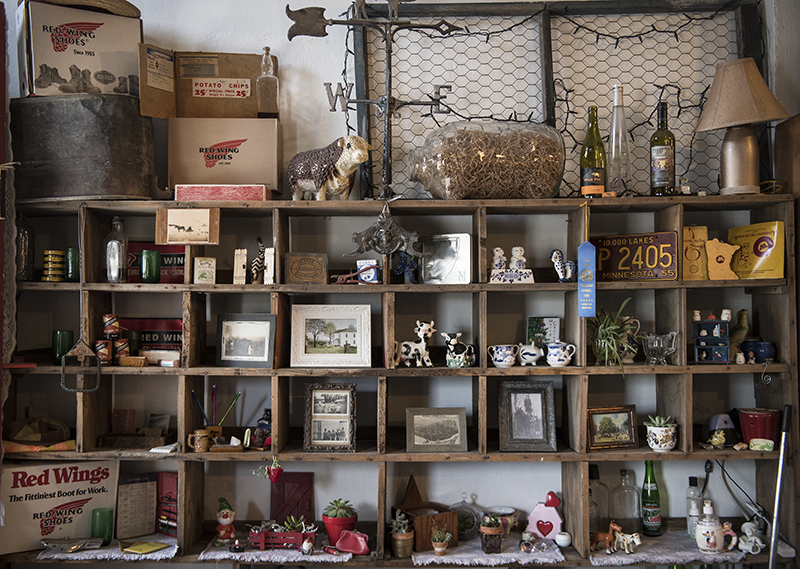 While the vintage and antique items she sold at her last location have carried over into her new space, Chicos said Someday Isle now has a general store-type of setup. A wall in the shop is lined with shelves filler with jars of different odds and ends. Some of the jars contain buttons, while others might have sequins, jewels or other materials. They can be used to “enhance” a project, Chicos said, and they save her customers from having to buy an entire bag or box of a certain material when they only need a handful of pieces for their crafting projects, or picking out something in a store, only to bring it home and find out it doesn’t go with what they were picturing. Some customers have brought in their own odds and ends to be placed in the jars for others to use with their projects.

Chicos herself has created dish gardens and enhanced lampshades with different materials, or added sand or pebbles to a plant or buttons to the outside of a flower pot, for example. She said she likes to make the decor fit the personality of a person, and to make the items more personal so they don’t look like they just came off a department store shelf.

Also new to Someday Isle is the space Chicos will allow customers to use. To save themselves from making messes at their own homes, people are welcome to work on their crafting projects in the back area of the business. Whether they’re spray painting, repotting a plant into a newly enhanced pot or need space to spread out to focus on their projects, Chicos welcomes them to use her facilities. The same space will also be the location of the classes Chicos hopes to offer sooner rather than later — such as lessons on making porch pots, enhancing pumpkins with succulents and making string art, to name a few.

On top of reopening her store, Chicos is also collecting books previously offered through a book bank at a different Alden business. She is working to sort the books so that the same service can once again be offered.

Chicos said the community has been receptive to Someday Isle’s new location and expanded offerings.

“I think they’re thrilled to have a fun place to go,” she said.