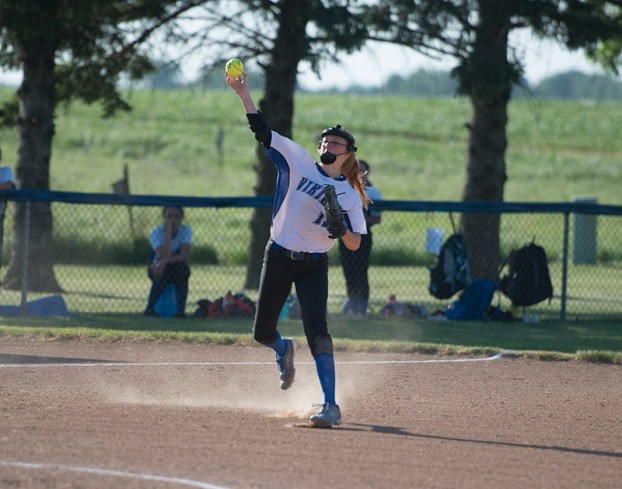 NORTHWOOD — After a narrow loss to open the season Monday night, the Northwood-Kensett softball team came back in a big way Tuesday with a win over North Iowa.

Tied 8-8 headed into the bottom of the fifth inning, the Vikings scored nine runs to take a commanding lead before finishing the Bison off in the next inning, 18-8.

Senior Kennedy Eskildesn started in the circle for the Vikings, giving up eight runs. Junior Kayla Senne came in for relief in the fourth inning and let up zero runs from there on out.

Senne also led the team at the plate with a double and a triple, which led to a combined three RBIs.

Eskildsen and freshman Tegan Johnson both hit big doubles that each brought in two runs.

Junior Olivia Stilley hit a triple in the fifth inning that increased the Vikings’ lead by two runs.

The Vikings move to 1-1 on the season and will play again Wednesday night when they host the Huskies of Nashua-Plainfield.