‘You miss the hugs’ 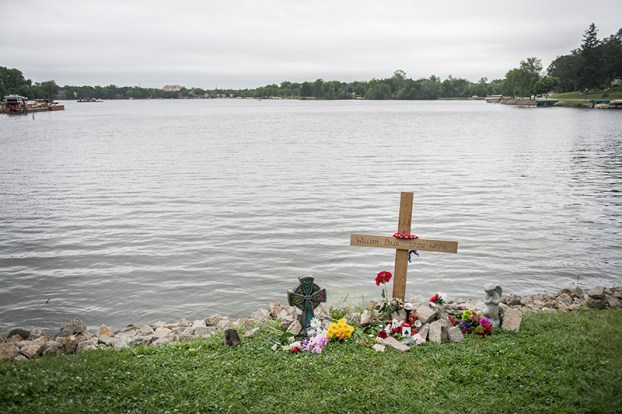 Crosses, flowers and other items could be seen Monday near the site where a missing Albert Lea man was found Sunday along the edge of Fountain Lake. - Colleen Harrison/Albert Lea Tribune

A life lost too soon

Family and friends of the 18-year-old man who was found dead Sunday in Fountain Lake are holding on to the good memories of their loved one as they await answers about what led to his death.

Family members gathered Tuesday along the shoreline where William Bair was found said he loved music and shooting pool and was a social butterfly who liked to play pranks.

This summer he had been out kayaking and enjoying time with friends, and he really wanted to take a trip to Colorado, she said. He had recently gotten a Chrysler 200 and liked to cruise around in it.

His father, Zach Bair, said he last talked to his son Thursday night around 11 or 12. He said they were hanging out in the North Broadway parking lot, and there wasn’t any indication that anything was amiss. He remembers his son driving his RC car.

William Bair was believed to be with friends until about 2:30 a.m. Friday but never came home that night to his home on Massee Street.

On Friday, all of the phone calls his family made would go directly to his voicemail.

Family reported him missing to Albert Lea police Saturday morning after not being able to contact him for 24 hours.

They searched the streets near the home in hopes of finding him, and then later Saturday night, right after 8 p.m., Zach Bair said he saw a post shared by a friend on Facebook of another friend who had found a Samsung Note 10-Plus phone on the sewer lift pump on Wedge Street, near the road’s intersection with Lakeview Boulevard.

He said he knew right away it was his son’s phone, and then not too far away they found his hat.

The family contacted police again and told them what had been found, and they said officers searched nearby boats and under trees to make sure he was not there.

“We were holding out hope that maybe something happened and he got into a car,” Nelson said. 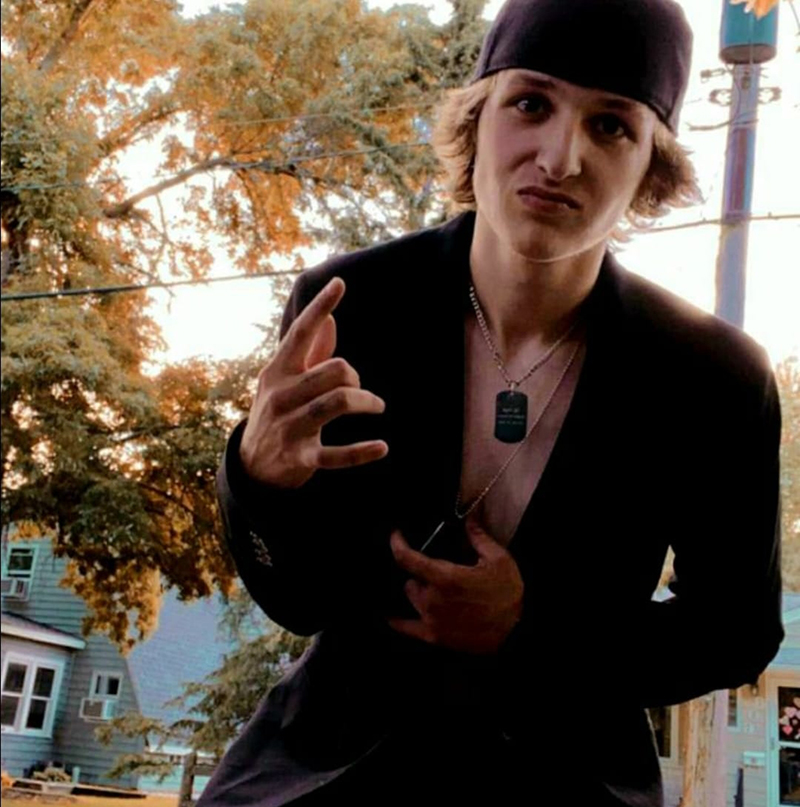 Later that night, she said they had a friend who had a boat with a bright light troll the lake to see if they could find anything.

On Sunday morning, the Freeborn County Sheriff’s Office arrived with its water patrol boat, which has a side-scanning sonar, and while the search in the lake was ongoing, Zach Bair’s brother, Jed Bair, found his nephew’s body floating in the lake while searching from shore. Authorities taped off the area and retrieved William’s body out of the lake.

The Freeborn County Sheriff’s Office said the body was recovered at 11:57 a.m. Sunday and was transported to the Ramsey County Medical Examiner’s Office, and the case remains under investigation.

Nelson said so far authorities have told her they think it was accidental, but she has many questions.

She said while it’s possible her son had been drinking, he was also afraid of water, couldn’t swim and had his arm in a cast. His arm was still in the sling when he was pulled out of the water.

“I’m not done investigating,” she said. “I want to know as much as I can before I decide what it was.”

She said after her eldest son, Jakob, took his own life in 2016, also at the age of 18, William struggled a lot. She said he would cut himself and had attempted suicide previously.

She sat him down and talked to him about what they had experienced with his brother.

“He promised he would not leave me,” she said.

Ever since her son’s body was found, she said she and other family members and friends have been staying around the clock on the shoreline next to the lake near Hatch Bridge. A cross and other items have been placed there in his memory.

Nelson said she estimates several hundred people have come by since Sunday to pay their respects to the family and friends. People they don’t even know have also dropped off water and food for them, and some neighbors have come down to see if they’re OK.

“The amount of support and outcry from the community has been overwhelming,” said Travis Nelson, William Bair’s stepfather.

He noted the family has had to turn off notifications on social media because of the response they had received, and people have offered kind words and condolences even at places like Kwik Trip and at the bank.

“The support throughout the community is amazing,” he said.

Jessi Nelson said though they are still planning funeral arrangements — and many restrictions are still in place because of COVID-19 — she hopes they can do something along the shoreline to remember her son.

“I want people to know William was an amazing person, and he lost his life way too soon,” she said.

His paternal grandmother, Judi Bair, recalled memories of when he was 1 1/2 years old and she would wrap him up in a blanket and take him outside every night to say goodnight to the moon.

She said he had a smile that she will never forget and that though he was stubborn, he had a heart of gold.

Want to support the family?

A GoFundMe page has been set up to support William Bair’s funeral expenses. To donate, click here.

A Meal Train has also been set up for the family to assist with meals. To contribute, click here.