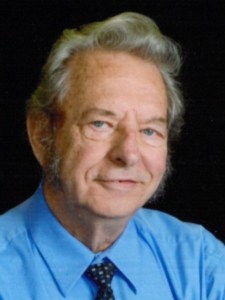 John Albert Schiltz was born July 23, 1937, in Estherville, IA the son of Walter and Margaret (McGuire) Schiltz. He died on Sunday, March 29, 2020, at the Sheffield Care Center at the age of 82. John grew up in Bancroft where he attended St. John’s Catholic School. John was married to Sharon Carroll in 1965, they resided in Albert Lea until her death in 1967. He married Muriel Belville on June 14th, 1969, and they made their home in Lake Mills.

In his earlier years, John worked at Wilson and Company (Farmstead) in Albert Lea, MN. In 1991, he founded Lake Mills Livestock, Inc. and also started J R Livestock, Inc then later JA Properties. John showed both Grey and Black Percheron draft horses hitches across the United States and Canada. John had a very successful winning career in the draft horse circuit. John won the Royal Manitoba Winter Fair several times in addition to many state fairs and many other draft horse show competitions. He was considered a great friend to anybody he talked to and came into contact with. John was known for having a big heart. He will be dearly missed by many people.

He was preceded in death by his parents; his first wife Sharon; his second wife Muriel in 2014; and his brothers, Robert and Donald Schiltz, sister-in-law Polly Schiltz.

Oakcrest Funeral Services of Bancroft in charge of arrangements. Online condolences may be made to www.oakcrestfuneralservices.com.