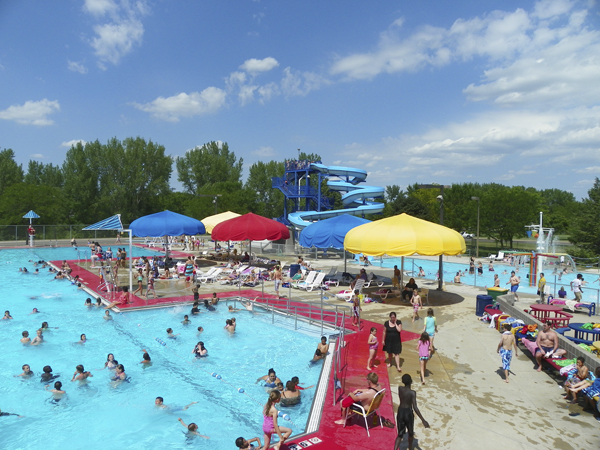 The Albert Lea Aquatic Center will be closed for the 2020 season the City Council voted Monday. Tribune file photo

The Albert Lea City Council voted unanimously Tuesday to close the city pool for the 2020 season.

Assistant City Manager Jerry Gabrielatos said Gov. Tim Walz’s executive order requires social distancing and compliance with guidelines of the Occupational Safety and Health Administration, Minnesota Department of Health and Centers for Disease Control and Prevention and prohibits the opening of the pool.

Gabrielatos said several factors were considered for the decision, including the safety requirements of patrons, the expense of implementing health guidelines and the operational costs. The shortened season would have also left the city with an operational revenue shortfall.

Third Ward Councilor Jason Howland, who serves as the ex-officio member of the Albert Lea Parks and Recreation Advisory Board, said the action was also recommended by that board at a previous meeting.

No decision has yet been made about summer use of the City Beach or the splash pad at the intersection of North Broadway and Fountain Street.

Howland said the Parks and Rec Advisory Board discussed how though the splash pad did not have locker rooms or concessions, there would still be concerns about social distancing along with no staff on hand to enforce the guidelines. The board asked to revisit the issue at a later time.

Gabrielatos said at the council’s work session prior to the meeting that the City Beach also presents challenges because of social distancing requirements and the need that would exist to sanitize the bathrooms there frequently.

Gabrielatos said recreation staff are brainstorming other recreational ideas that fit within social distancing guidelines for the summer.