‘It’s time to get this done’ 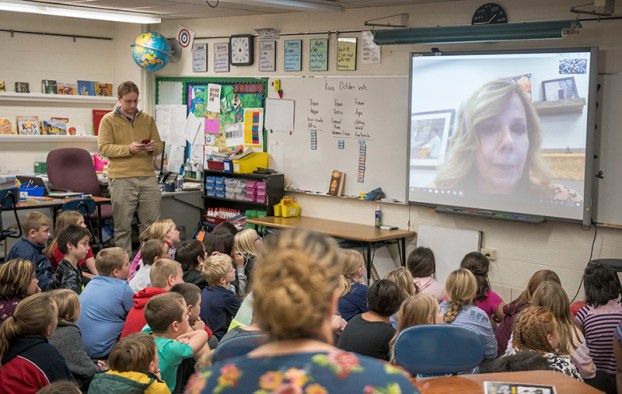 This fall, Lakeview Elementary School students raised $275 to fund small loans through Kiva, an online lending platform that facilitates loans as small as $25 — a practice referred to as microfinance — by connecting lenders with underserved individuals or individuals in underserved communities.

Each month of this school year since September, Lakeview students are presented with three choices curated by fourth-grade teacher and district technology integration coach Mark Nechanicky, who said he tries to select options from different areas around the world. The whole building discusses these options during their morning meetings, and each student and each staff member votes for which project should receive the loan.

Nechanicky said he is often surprised by the student’s choices. One loan last year gave students the option to choose a young mom with two children who wanted to borrow money for a larger cooler for her snow cone business, Nechanicky said. He thought for sure the fourth graders would pick that.

Instead, they chose to loan money to a grandmother and cashew farmer in Cambodia who was also taking care of her grandkids.

“It was interesting how you think the kids are gonna be more superficial, like, ‘Which one’s fun?’” he said. “… It was more of an honest discussion than I expected.”

For fourth grader Peyton Seeger, responsibility is a priority for borrowers. She said she likes to see that the person they are loaning to has had successful loans through Kiva before.

Fourth grader Ethan Gordon said he looks for people who are using their Kiva loans to do things for others in their community. 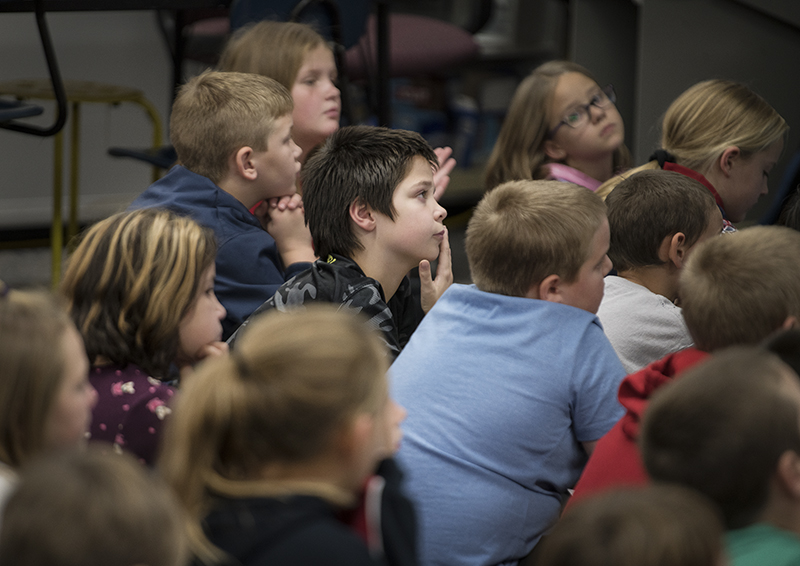 It also serves as an introduction to economics. Students have discussed who has had loans before, what borrowers’ business models are, whether they’ve paid back previous loans, and how tough it can be to get started if you do not have someone who will lend you money, Nechanicky said. Fourth grader Olivia Trotman said she learned banks won’t necessarily give you loans without meeting certain criteria.

During the video chat, fourth-grade student Keisha Navarrette told Yanchik Connealy that she used her vote one month toward a woman who had never received a loan before to give that woman a chance, a move Nechanicky then referred to as “credit optimism.”

It can also be as simple as understanding the difference between lending and donating. Seeger said before loaning money through Kiva, she did not know that loans had to be repaid.

Part of Kiva’s focus is loans to women. Of the over $1.3 billion in loans Kiva has given out, Yanchik Connealy said $1 billion went to women. She said studies show that when education, global health and financial inclusion combine for women especially, they lift others up with them.

Just 20% of their loans are to men, she said. Kiva also loans to borrowing teams, which Yanchik Connealy said she likes because those group members tend to support each other.

Taking students out of the classroom

Nechanicky said the loans can also start discussions on areas of the world that are different than what students know, with different needs and lifestyles.

“It just sort of gets the conversation out of Albert Lea,” he said.

It takes about 11 months for loan funds to come back, so the funds should be ready to go for the next year, Nechanicky said. According to Kiva’s website, their loans have a 96.8% repayment rate.

“Ideally, next year, if it gets paid back, we could do this for a long time,” Nechanicky said.

Nechanicky and his wife, fellow teacher Taryn Israel Nechanicky, have done more than 100 loans through Kiva over the past 12 years, he said. The organization emails you checkpoints along the way, and when he received notification that he had funded his 100th loan, it was right before the school year’s kickoff.

The email asked if he had any feedback.

The school already uses video chat to take students out of the classroom. Last week, students spoke with a neuroscientist studying rat brains. They’ve connected virtually with a park ranger in Denali National Park. They’ve done mystery Skypes with a teacher from somewhere else in the U.S., and students, through asking questions, have to figure out where that teacher is located.

So he wrote and asked for someone from the organization to video chat with his students.

Yanchik Connealy was interested. She told the students Wednesday that she was inspired by them and that they held the future of the world in their hands.

“I am so grateful to all of you and the support that you’re giving to Kiva,” she told them. 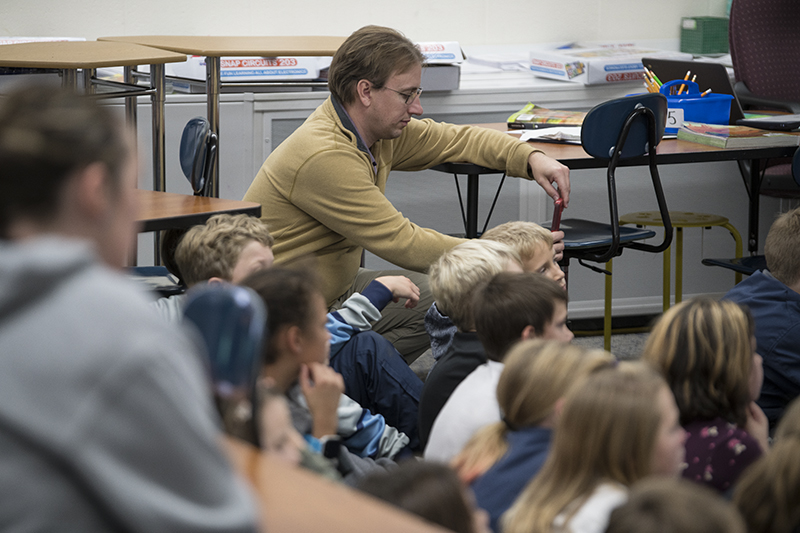