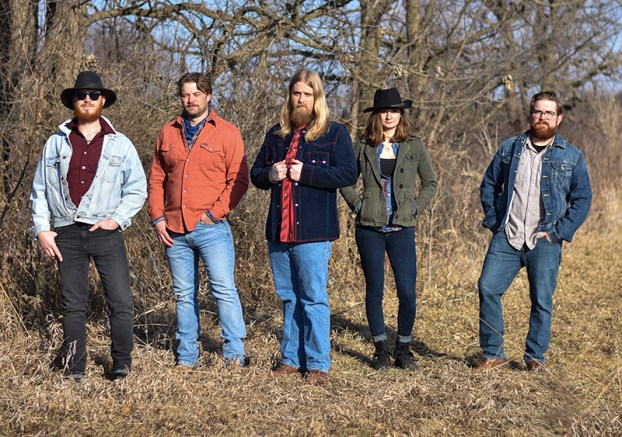 For local band members performing their one big area show this year, each ticket is another step closer to the end.

Whalen and the Willows, a five-member band based out of Austin and Albert Lea, is a few songs away from completing its first album, “Peaceful,” a follow-up to its 2014 EP, “The Passing Days.”

He has done the math, and a sell-out at Marion Ross Performing Arts Center on May 18 would give the band enough to finish its record.

“All the ticket sales, all the profits that the band’s getting, we’re dumping it all into the album,” guitar player Tristan Sather said.

Sather is one of three newer members to the band, all of whom came from five years working together in a cover band, drummer Craig Rosell said.

“I kind of just inherited those band members,” Whalen said.

For bassist Trevor Bordelon, Whalen and the Willows was a chance to broaden his horizons. Sather said he was ready for something different.

These three of the band’s five performers live in Albert Lea, where the group also rehearses.

When the band grew from a trio to a quintet, it grew in other ways.

While his songwriting style and subject matter stayed the same, the group’s musical influences shifted.

“The other members brought in such, like, a vast array of different musical experiences and different interests that have absolutely changed the sound and brought a lot of different things in that I believe would not be there if it weren’t for their influence,” Whalen said.

Their work with cover songs meant the band’s Albert Lea members had the opportunity to study how other bands constructed their songs, Bordelon said. They brought in guitar solos, rock influence and big moments that would not have been there without them.

“They brought in a lot more jam and instrumental aspects and just really developed the live show a ton,” Whalen said.

The band before was more folk-leaning, Rosell said. Now, songs are more layered.

“I think artistically we’ve been able to make the songs sound bigger,” Bordelon said. “… We’ve really helped with a lot of the arrangement.”

Whalen said this change has influenced the way he things about songs as he writes them.

“Now, I think about the possibility of what the song can be with the full band, so it’s given me a lot more freedom to write thinks that might not be as interesting or powerful solo, but writing things that will translate into a band,” he said.

When he brings a song to the group, he will come in with the chords, melody and lyrics, and they collaborate, with other band members writing their own parts, Whalen said.

“I’ll write a song and bring it to the band and it’s radically different than I even pictured in my head,” he said.

And it fits, Bordelon said. Each piece on the record reaches into different areas, but the music is “supple.” To Rosell, the newer influences on Whalen and the Willows are not a derivation of its previous sound. Instead, it is an expansion.

The May 18 performance will have a little bit of everything, from alt country to blues to rock to folk and back, Whalen said, and a lot of new music.

“It’s going to be a well-rounded show,” he said.

Who: Whalen and the Willows