Just because a business is successful, doesn’t mean a business owner isn’t struggling.

Michelle Nelson, 42, grew up in Albert Lea, raised by parents who ran their own business — NAPA Auto Parts — for 25 years. Nelson grew up knowing she wanted to have her own business as well.

“I have a lot of ties to this community and I love it,” she said.

In 2005 she started Ranch and Pet Supply — which would become The Pet Authority in 2016.

“It was more of a passion,” Nelson said. “Who doesn’t love to play with puppies all day?”

While her business was steadily growing, eight to nine years in Nelson felt herself struggling to find a balance between her work and her personal life. She said she was working all the time, and her life outside of work was suffering for it.

“Business was going well, but I was drowning as a business owner,” Nelson said. “I needed help.”

So, she considered her options, leading her to enroll in WhizBang! Retail Training.

WhizBang! Retail Training helps retailers of all sizes build up their businesses through products and services designed to fit the needs of brand new retailers as well as seasoned owners and multi-store chains. One of those products is a retail mastery system that teaches the “11 essential skills required to be a successful store owner,” according to the WhizBang! website.

Nelson joined one of the master classes offered through the program, and gradually implemented things she had learned from the class over four or five years at her business. Over that span of time, Nelson said she gradually was able to have a life outside of work again.

“I took my business and totally changed it,” she said. “Instead of my business running me, I learned how to run my business.”

Eventually, WhizBang! put together a program using 14 people who had successfully implemented its program before, Nelson being one of them. Through the program she became a certified retail consultant. 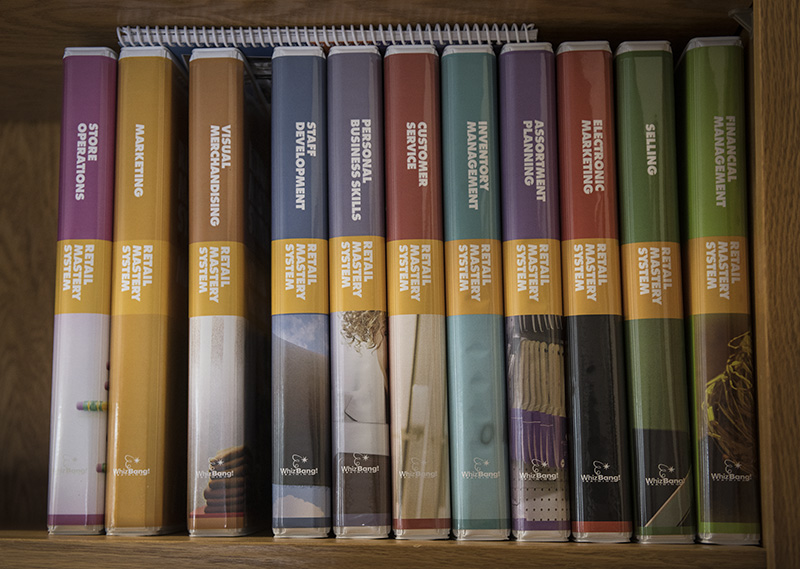 Nelson started her retail consulting business after undergoing retail training through WhizBang! after she herself struggled with work-life balance in the earlier years of owning her own business. -Colleen Harrison/Albert Lea Tribune

While Nelson said she has given advice and worked with other business owners through the years, she started her official retail consulting business, Nelson Retail Consulting, in August. Through her business she is able to help others “run a business that doesn’t run them.” She does this through teaching others about marketing, hiring, programming, pricing and inventory, among other avenues.

Right now, Nelson said she works with different individual pet stores, and is teaming up with someone in the pet industry to work with pet supplies businesses across the U.S.

While her personal experience is in the pet industry, Nelson said her retail consulting business can help business owners in any market, and she enjoys seeing the same program that helped her work well for others.

“Retail is retail,” she said. “It’s fun to see them not struggle and be successful right away.”

As she has progressed through the business world over the years, Nelson said she has realized her “God-given purpose isn’t to run her own business, but to help others.”

“It’s to help others to bring their dreams into reality,” she said. “Retail is not easy. It’s hard, and people don’t always understand how hard it is.”

As of now, Nelson said about 30 percent of her time spent on work each month is devoted to her retail consulting business, with the other 70 percent going toward The Pet Authority. She said the transition to juggling both businesses has gone well, largely due to her “amazing staff” at The Pet Authority who have been trained on the business plan Nelson has implemented through her WhizBang! training. That plan has allowed her to get to a place with her business where she can take a step back when needed.

“The most important investment you can make is in yourself as a business owner,” she said. “It’s also the toughest one to make, but once you do it, everything turns around.”

30 – Percent of her time Nelson spends working through her retail business each month, compared to the 70 percent she spends at The Pet Authority