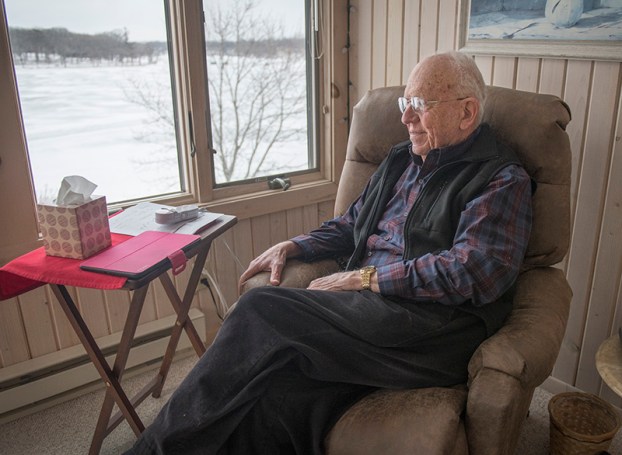 Norm Fredin sits in a back room of his home overlooking Fountain Lake in early February. Fredin was selected as the Tribune's second annual Citizen of the Year. Colleen Harrison/Albert Lea Tribune

Retirement doesn’t slow down A.L.’s Citizen of the Year

At the age of 84, Albert Lean Norm Fredin doesn’t plan on slowing down anytime soon.

With a lifetime of achievements completed, it could be easy for him to sit back and relax for a few years — but Fredin said he plans on doing nothing of the sort.

For his ongoing drive to better the community, Fredin was selected for the Tribune’s second annual Citizen of the Year Award.

The six-member Citizen of the Year Award committee reviewed all the nominations submitted for the award and said they chose Fredin for the award because of his commitment to Albert Lea.

“He continues to go 90 mph and serve the community,” said John Holt, one of the committee members. 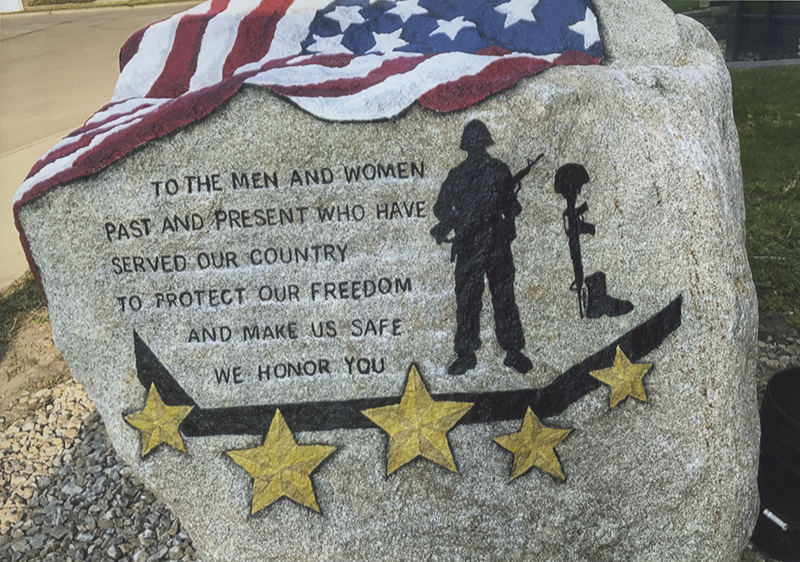 A background in agriculture

Born July 31, 1934, in Comfrey, Fredin graduated from Comfrey High School in 1952 and from Iowa State University in 1956. He moved to Freeborn County when he started working as a vocational ag teacher at Glenville High School that same year, where he stayed until 1971.

He married his wife, Joyce, in 1957, and together they had two daughters.

After his time teaching in Glenville, Fredin worked as an agronomy technician for Land O’ Lakes from 1971 to 1976, managed the Land O’ Lakes ag service center from 1976 to 1979 and then taught adult farm management at South Central Tech College from 1979 to 1995.

He owned and operated Agri Records in Albert Lea for 15 years, and owned the golf course in Hayward for two years.

Fredin said he didn’t know anything about managing a fair when he started, but he saw a need, so he stepped up to help.

“The fair is a good activity where all of Freeborn County can get together,” he said. “My motto at the fair is to make it educational and entertaining.”

Aside from his work responsibilties, he has been involved with numerous volunteer and civic efforts over the years. He served as mayor of Glenville from 1969 to 1973 and served in the National Guard from 1957 to 1963.

He has served on numerous boards, including the Glenville School Board and the Freeborn County Fair board. He was the president of the Minnesota State Spring Barrow Show for a decade and has been a part of Golden K Kiwanis since 1997. 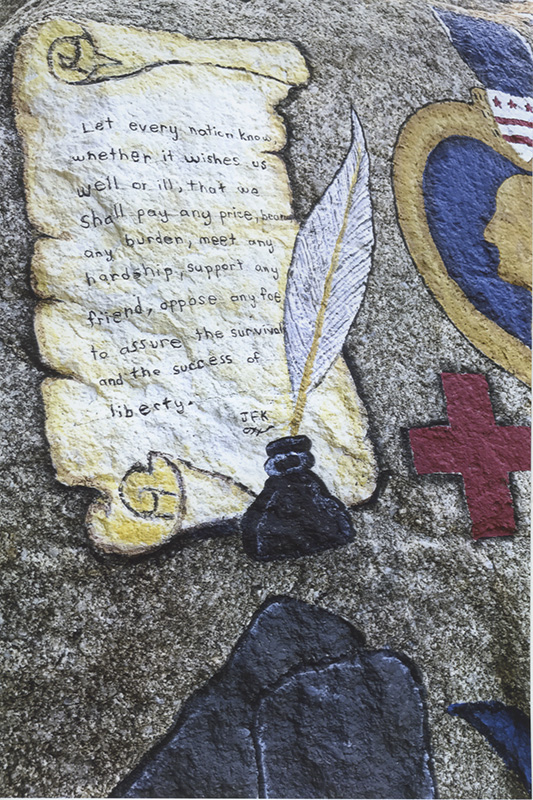 ‘Friends to everyone they meet’

Today, Fredin’s life is just as busy as he volunteers distributing magazines for Mayo Clinic Health System in Albert Lea monthly, volunteers helping residents at St. John’s Lutheran Community and is on the board for Bayview/Freeborn Funeral Home.

“Norm is a quiet giant,” said Diane Wichmann, director of fund development, marketing and public relations at St. John’s Lutheran Community. “He is forward-thinking and very compassionate about rural life and small-city living in Freeborn County and Greater Minnesota.”

She said Fredin served on the board of directors and the steering committee for the new senior campus of St. John’s Community on Fountain Lake and still volunteers for the organization. He donated a six-person golf cart to give residents rides around the new campus.

“People love a ride where there is fresh air and the scenic beauty of Fountain Lake and Edgewater Park,” Wichmann said. “Norm is a person that makes a difference wherever he is placed. It’s an honor to work and serve with him.”

Fredin and his wife joined First Lutheran Church in Albert Lea in 2013, where he has also been involved in numerous committees.

Though his time on the fair board is coming to a close, he said he has worked to establish a fair museum in the Olson Building, which was formerly known as the Heritage Building. It will be a permanent museum, showcasing the history of the fair, drawing from artifacts that community members loan or donate or that fair leaders accumulated throughout the years, combined with other research.

Aside from his volunteer effort, he has also contributed financially to numerous efforts, including to Youth for Christ.

“We are so thankful for his heart of generosity,” Gudal said. “They have also been faithful to invite others to experience the ministry of YFC through annual banquets and youth fundraisers yearly. Norm has a warm and contagious smile and one always feels better after a conversation with him. He is a well-deserving person of such a special acknowledgment.”

Randy and Sheri Nicol, who nominated Fredin for the award, said they are fairly new to Albert Lea, and Fredin and his wife were helpful in introducing them to many people.

“He seems to know everyone as I have worked with him on several projects, and he always knows who has the resources or knowledge for whatever we need done,” the nomination stated. “He and Joyce always open their home and heart to the people of Albert Lea. They are friends to everyone they meet.”

Fredin said he “deeply appreciates” receiving the Citizen of the Year Award and said he was undeserving.

He encouraged people to get involved in the community where they see a need.

“Take advantage of the opportunities to give back to your community for what you’ve gained over the years,” he said. “Don’t be afraid to give back.”

Citizen of the Year Award nominees: