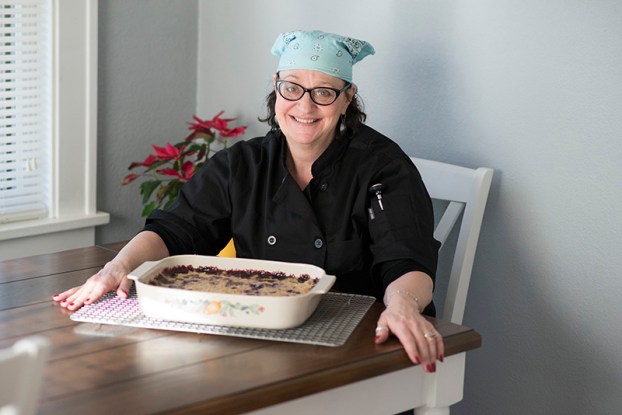 Ever since closing her restaurant, Ayanah’s, in 2004, Dori Etheridge had longed to get back into the business that made her happy. When ALEAP announced its Tiger Cage competition, Etheridge saw her opportunity to make the comeback.

“I’ve done a lot of things since I sold my restaurant,” Etheridge said. “I’ve sold cars, I worked at the Tribune, but my heart’s been crying for something hospitality, especially a restaurant. I just really miss it.”

When she heard about the Tiger Cage competition, she knew she wanted to start a food truck. After having a little bit of trouble coming up with a unique name, Etheridge was talking with some of her friends that told her the trendy thing to do was to pair an animal name and an adjective to form the name. One day, when she was cooking, Etheridge noticed all of the different peppercorns she was using and Peppered Cow LLC was born.

Etheridge said she has loved to cook and bake from a young age, taking a lot of inspiration from her mother.

“My mom inspired my food passion,” Etheridge said. “She was the most ferocious, passionate cook that I’ve ever known. When she made a dinner, it knocked your socks off. She would make clover leaf dinner rolls from scratch. She would make pies from scratch, there was no cheat with the filling. 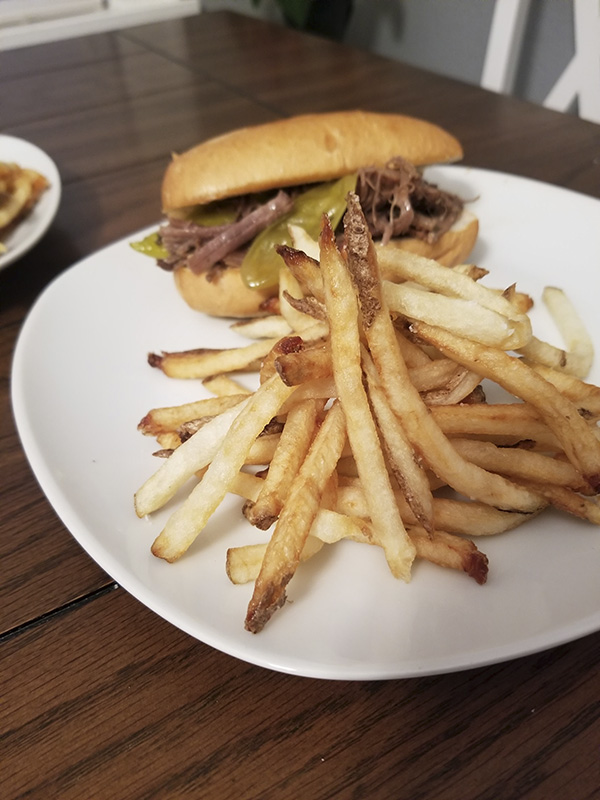 This Italian beef sandwich and handcut fries plate is one of the items expected to be sold at Peppered Cow food truck. Provided

“My mom’s been my inspiration ever since I was a little kid. To see that kind of passion out of someone really inspired me.”

When Etheridge was 18, her mom was killed in a car crash, putting her in a position to learn all of her cooking techniques on her own.

Etheridge said she would check out five cookbooks at a time from the library and watch every cooking show on PBS attempting to absorb as much information as she could.

Etheridge learned a lot from many different food cultures and plans to use those skills when Peppered Cow opens for business. On top of some globally inspired sandwiches, Etheridge plans to have smash burgers, hand-cut crispy french fries, daily specials, soups, salads and desserts.

She plans to have her truck customized and ready by the middle of May and said the hardest part about it so far has been the funding. However, she said the grant from the Tiger Cage competition has been huge in helping her move forward.

Etheridge said it’s all going to be worth it when she opens for the first time, saying the thing she’s looking forward to the most is hopefully long lines of customers.

“When Eat’n Ice Cream opened last summer, there were lines,” she said. “That clearly filled a niche that was missing for people. I’m excited to fill a niche and fine tune exactly what that niche is. I’m excited for that first order. When I’m finally parked and announce it on Facebook and Twitter, that first customer is going to be a huge deal, and I’m really excited about that.” 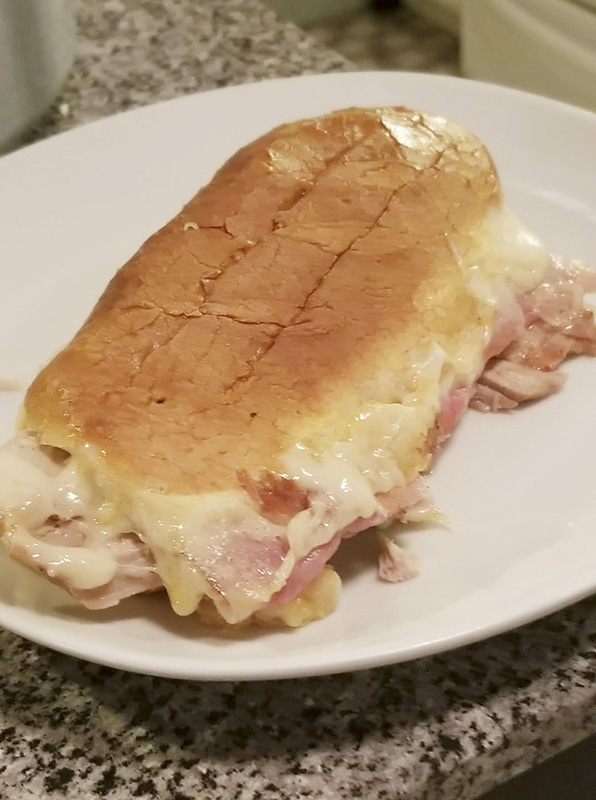 A Cuban sandwich will be on the menu for Peppered Cow. – Provided