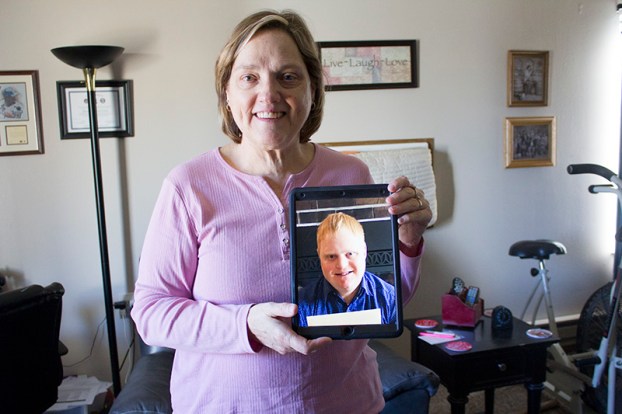 Lake Mills resident Linda Tweeten holds a picture of her son, Jacob Tweeten, last month at his apartment. She credits a conversation with Gary Irons, one of her son's teachers, with starting the idea for a residential care home in Lake Mills. — Sam Wilmes/Albert Lea Tribune

A home of their own

LAKE MILLS — In February 2001, Linda Tweeten began discussing the future of her then high school-age son with Down syndrome, Jacob Tweeten, with one of his teachers, Gary Irons.

“What our answer was, that we would love to see him living in the community right here that he knows with people he knows, working here, having a home here, that he could be as independent as possible,” Linda Tweeten said.

By the end of 2003, the efforts of Linda Tweeten and Irons paid dividends with the opening of a residential home for people with developmental disabilities that today houses five people.

Irons and Tweeten undertook extensive efforts to open the home. They spoke with Lake Mills Development Corp. and were assisted in the process by Marilyn Hoffman, the leader of the organization at that time.

Large donations from the Larson Foundation, Forest City, Iowa-based Hanson Foundation and a Community Development Block Grant assisted them in the process. 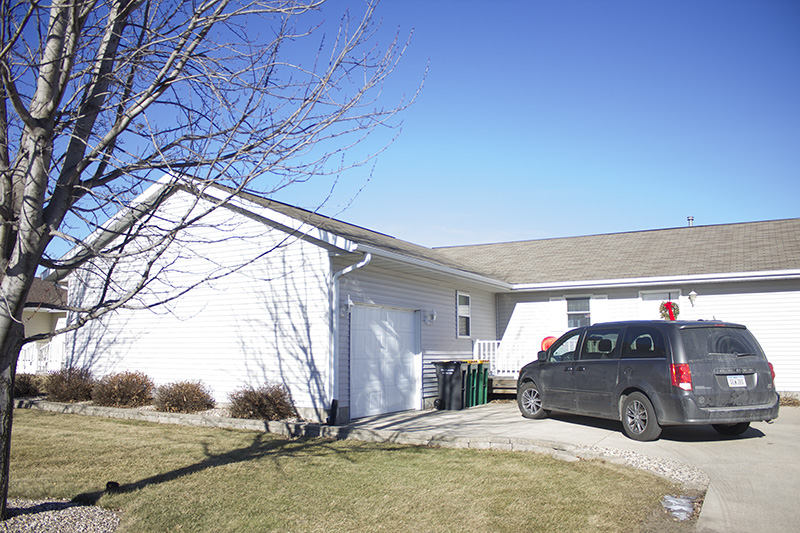 The residential care home has been in operation since December 2002 in Lake Mills. — Sam Wilmes/Albert Lea Tribune

“We got some huge donations that really got us going,” Tweeten said.

The home in Lake Mills was purchased in May 2002, and tenants began being accepted in December of that year. There were initially three residents at the facility, and a fourth person was added in January 2003. In January 2006, a fifth bedroom was added.

The bedrooms all have a private closet, and there is one bathroom for every two tenants, with the fifth resident having a private bathroom as well. A common area features a kitchen, dining space, living, family and laundry rooms.

The home is similar to one in Mason City.

“It’s as if you were one of a member of five family,” Tweeten said.

In the beginning, a large van was donated for use, and with extra money, the board donated $5,000 to service provider One Vision, who used the funding to buy a minivan they now use.

Residents are charged a monthly rent that has never been increased, Tweeten said.

“We decided on an amount that we thought was very reasonable for their amount of money, because a lot of these people don’t have full-time jobs,” she said. “They are adults with developmental disabilities, so that means their skills are maybe less than somebody else would have.”

Tweeten noted the initial plan was to have Lake Mills residents in the facility and then branch out to other communities.

Today, four of the five residents are local, with one from another location.

Tweeten is secretary and treasurer of Lake Mills Opportunities Inc., a nonprofit organization. Tweeten is joined by Irons, President Lynn Bartness, Vice President LouAnn Scholbrock and Jan Belica on the board.

One Vision finds and supervises the tenants and ensures the home is maintained at a proper level.

Tweeten’s son lives at an apartment in Lake Mills. If he ever needs to move into the facility, his mother said she would resign from the board so he can do so.

“My interest continued,” she said.  “Even though I could see Jacob living here alone, my interest was still for other people, and I knew families in Lake Mills that had children who needed to live in a place like that who had that independence away from Mom and Dad but still having some supervision.”

To Tweeten, the facility is an example of how open the community is for people with disabilities.

“And they are accepted. And there (are) jobs in the community that employers have made a space for them to work even with their disability and their limitation.”

5 – Residents who live in the facility in Lake Mills

2002 – Residents who live in the facility in Lake Mills

$129,000 – Price the residential care home was purchased for