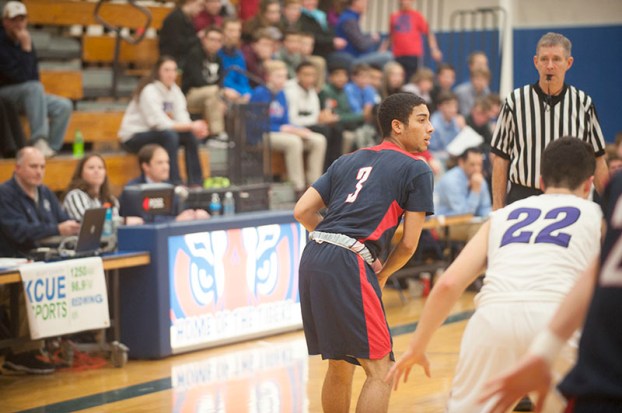 Albert Lea’s Josh Forde looks for a teammate to pass the ball to while being guarded by Red Wing’s Ted Tauer in the first half Friday night. Jarrod Peterson/Albert Lea Tribune

Wingers pull away from Tigers in 2nd half

Coming off two near wins in its last two games, the Albert Lea boys’ basketball team  lost to Red Wing on Friday night, still in search of its first win of the season.

The Tigers hung with the Wingers for the better part of the game, but a five-minute dry spell in the second half would make all the difference in this game, as the Wingers won 67-38.

Down 43-31 with just over 10 minutes to play in the game, the Wingers held the Tigers scoreless until the 5:30 mark of the second half. In that span of time, the lead ballooned from 12 points to 26 points.

Albert Lea’s Jack Buendorf made a free throw to snap his team out of the funk, but it was too little too late.

The Tigers came out of the gate with great energy. 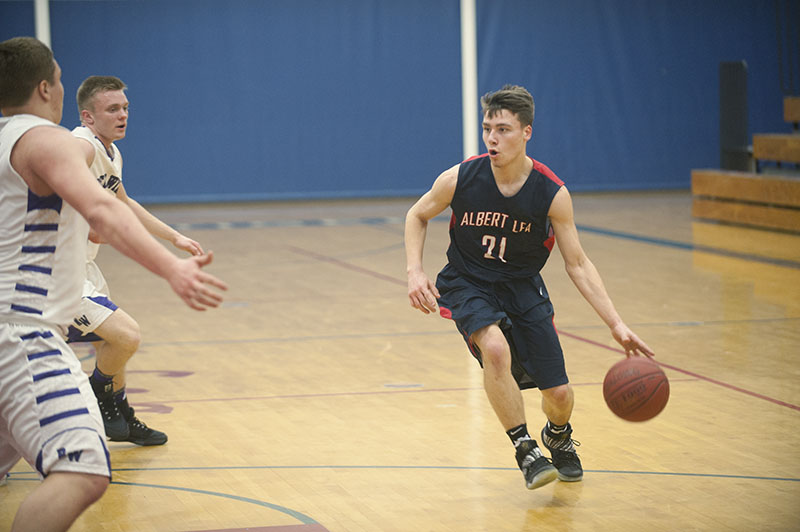 Albert Lea guard Tanner Wichmann looks for a driving lane against Red Wing’s defense in the first half Friday night.

Depsite falling down 25-8 early on, Albert Lea responded with a 6-0 run  capped by a layup by Jacob Bordewick. Moments later, Wyatt Sickels drilled a three-pointer to cut the Wingers’ lead to 29-19. Josh Forde hit a free throw to get it under 10 points.

The Tigers still trailed by 11 points at halftime, but they opened the half on a 7-5 run ending with a two-pointer by Tanner Wichmann, to make it 36-27.

But Red Wing would respond. It scored the next five points, including a three-pointer from Ted Tauer.

It will travel to Rochester to take on John Marshall on Monday.